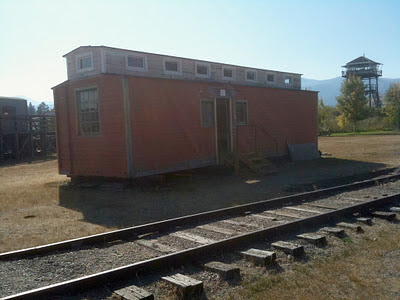 The problem of getting books into the hands of readers has been solved in many ways over the centuries.  Of course, one of my favorites is the bookmobile.  A classic, and staple of rural life in the 20th Century.  But in 1919, there was something else in the works to get books into the hands of the lumbermen in the employ of the Anaconda Copper Mining Co.  The Anaconda company is one of those "too big to fail" sorts in the history of Montana-- it's name was apt.  But that's not to say this wasn't a great idea. 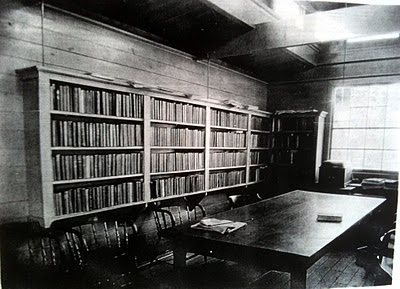 Beginning in 1919, this railroad boxcar was refitted to be a library on rails to serve the mobile timber camps in western Montana.  The men and their families could be in these remote camps for a few months at a time, and undoubtedly anticipated the days when the library car came.  That's how it was at least where I grew up on bookmobile days.  According to the info posted, it was perhaps administered by the Missoula Public Library.  I would certainly love to hear more about how this "cooperative effort" really worked between the public library and the Anaconda Co.

I'd also love to get my hands on lending records--- what were lumberjacks reading in the 1920s?  Especially lumberjacks with access to an ostensibly public library working for an enormous multi-national "evil empire" type corporation whose practices gave rise to the modern organized labor movement?  How were books selected?  Did the employees and their families enjoy it?  It must have been effective since it was in use into the late 1950s as a library by the Anaconda Co.  After that, it was used by the University of Montana at one of their lumber research stations-- first as a library then as a dormitory.  It was later used for storage, until it was discovered by the museum and acquired for restoration and interpretation of the timber history of the region. 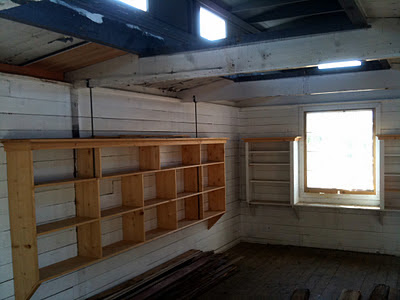 To interpret my own photos a little, the floor plan above is oriented opposite of how the car actually sits in the first photo.  The restoration is underway, and although I know the administration at the museum where it is, I haven't had a chance to chat with him about the project.  It certainly is impressive, and should be on the biblio-tourists list of stops when passing through Montana.

Today this railroad bookmobile resides at the Historical Museum at Fort Missoula in Missoula, Montana.  The restoration so far is impressive indeed. 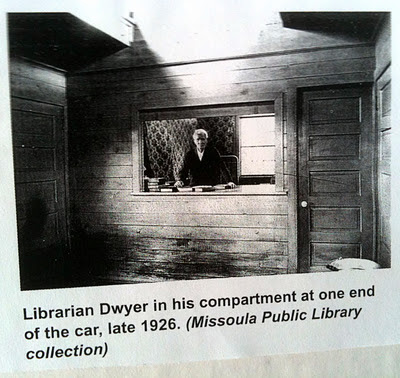 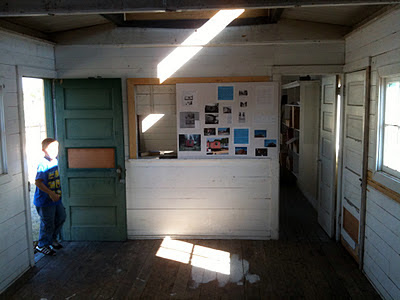 Of course, if you know more about this amazing piece of bibliophilic history, please get in touch.  A real dream would be records, or even a book with markings that showed it was used on this unique library.  Even if it's not about this particular library on rails, I'd love to hear about others.  Do any others even exist?  Surely they do, but I've had a hard time finding any online.  I know the Historical Museum at Fort Missoula would also appreciate any stories as well.

Great post! Would they have been marked in some way to indicate their 'home'?

@ExileBibliophile, It looks like some library records for the Lumberman's Library are available at the University of Montana-Missoula:

Apparently this collection includes a " 'Lumberman's Library' ledger with a list of books held in what was likely the Anaconda Company's Bear Creek camp, and loaned by them to other logging camps, in the mid-1920s."

Wonderful! Thanks for the great info!